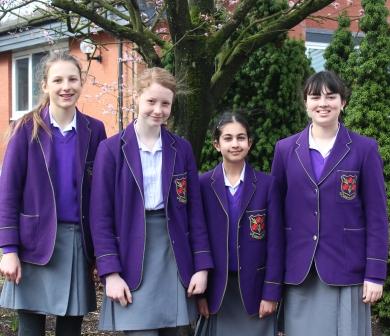 The regional final team usually consists of two pupils from Year 8 and two from Year 9.   This year Westholme entered a team of four Year 8 pupils.    Louise Jaitly, Hasna Ghafoor, Alexa McTiffin and Maddie Hopkinson represented school in this competition which  combines mathematical, communication and teamwork skills and offers another way to develop pupils’ enjoyment of Mathematics.

The team did very well being placed in the top 7 teams after the first round and obtaining a high score in the crossnumber round.   They came 12th out of 28 schools from all over the North West.