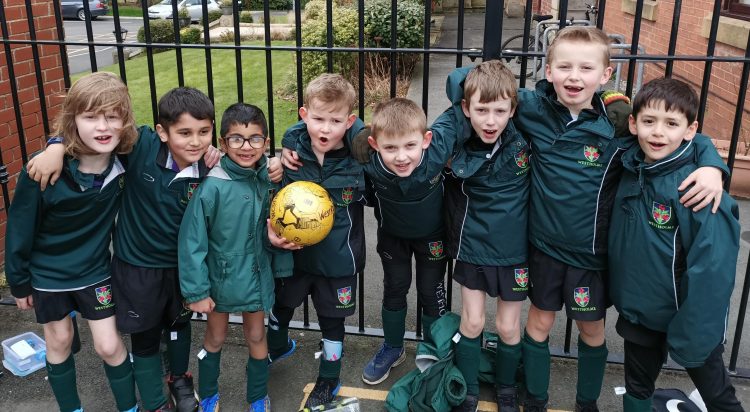 A howling gale greeted us at Highfield for the first Year 3 football match. However, nothing could extinguish or dampen the boys excitement!

In a hard fought game, both sides had chances to score but excellent defending and goalkeeping denied the strikes hitting the back of the net.

The game finished in a hugely exciting 0-0 draw. Most importantly, the boys all had a huge amount of fun and learned a great deal.

William and Henry were nominated by Highfield as our players of the match.

Perhaps my favourite moment was after the match when Henry went up to their £200million striker and said to him,

“You did some really good shots today.”

To which their striker replied,

“And you made some fantastic saves.”

That’s what it’s all about!